No Active Widgets in Sidebar Alt

The plastic bags are the one which take 500 years to decompose. To avoid such problem to our environment, we can use eco tote bag. Eco tote bag is free from pollution and also easy degradable one.

A figure is given above to the show the plastic is harmful our environment. The fact is almost 250 bags are use by per person for per year. And this is the right time to take a action to avoid plastic bag.

What can be the alternative one for plastic bag? The eco tote bags, which is build from cloth, cassava or other material. It can be for used for more day depends upon the material of the bag. Now-a-day most of the using tote bag in  supermarkets and grocery stores.

Many of them like to take tote bags, because of the stylish look. We can also recycle the tote bag. In plastic bag, not half of them are reuse.

That is, if we do a mathematical calculation, on average we leave more than a hundred bags a year for nature to take care of them. And we already know, as we said above, that they take centuries to disintegrate. Meanwhile, they contaminate the land and water with all the oil derivatives that are present in its composition.

In addition, to this pollution in the final part of your life you have to add the energy consume by its manufacture: for each unit, four grams of CO2 are emit from the plastic.

Nor can we forget the damage to the marine ecosystem, which is, unfortunately, of great magnitude. It is estimate that more than 100,000 marine animals such as whales, seals, turtles, etc., die each year because they consume the bags with food.

The Italian environmental association estimates that 6.4 million tonnes of waste end up in the sea each year. In that 60% – 80% are plastics, with peaks of up to 95% in some areas.

Also, when the bags are gradually deposited on the seabed, they prevent the algae from growing and developing, which is a vital food for many marine creatures.

It is very interesting what two Balinese sisters did on their beautiful island. They wanted to do something, so that Bali would remain green. And they looked at the plastic bags. So they launched a campaign with the name ” Bye Bye Plastic Bags was born! »(BBPB) and created an entire social event on the island, with requests for signatures and even hunger strikes to be received by the island’s governor. In the end they achieved their purpose since they signed with the government of Bali a protocol to progressively reduce the use of plastic bags on the island until its total prohibition.

We want to show some data about the harmful effects of the plastic bags that we have seen in this article. It gives us a daily dimension and easy to understand about this problem.

1) The plastic bags cause more than 100,000 deaths of sea turtles every year when these animals confuse them with food. 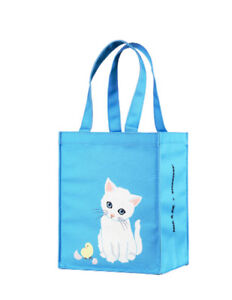 2) For the elaboration of the plastic bags, every year thousands of tons of atmospheric emissions are release. That pollute the skies and favor the greenhouse effect.

3) The use of plastic bags in the United Kingdom were banned.

5) Most plastic bags need at least 400 years to degrade.

6) China uses close to 3,000 million bags every day and the average per person in the United Kingdom use 220 plastic bags per year.

With all this, the next time we should take tote bag or request tote bag in the store or supermarket. We must remember our responsibility in the care of the environment. In this case, more than ever, the solution is in our hands. By using tote bag would help to improve our planet.

Choose The Satchel Messenger Bag That Matches The Destiny